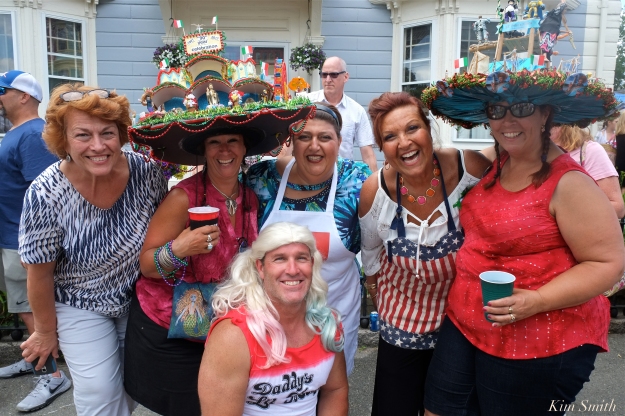 In honor of the 90th anniversary of Gloucester’s Saint Peter’s Fiesta, Fay and Ralph Puopolo donated an exquisite emerald and diamond necklace. Each night at the novena, the women attending entered a ticket for a chance to win the necklace. 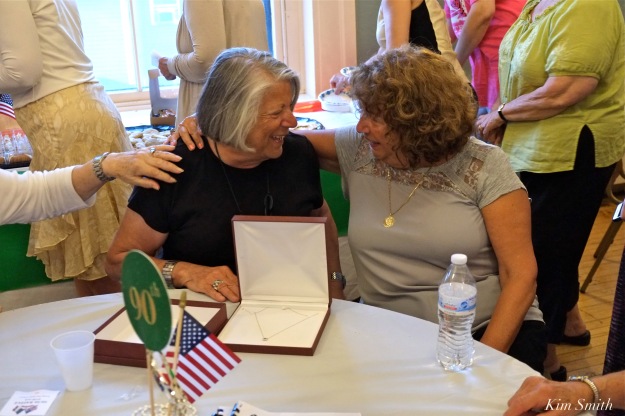 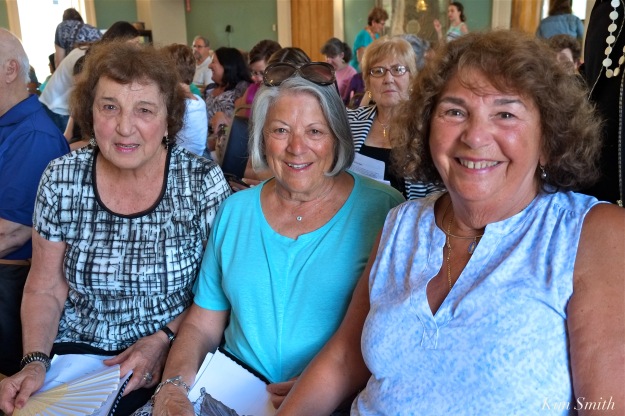 Hosted by the Sawyer Free Library and The Bookstore of Gloucester, a wonderful time was had at Alice Gardner’s book launch party for her children’s book St. Peter’s Fiesta! 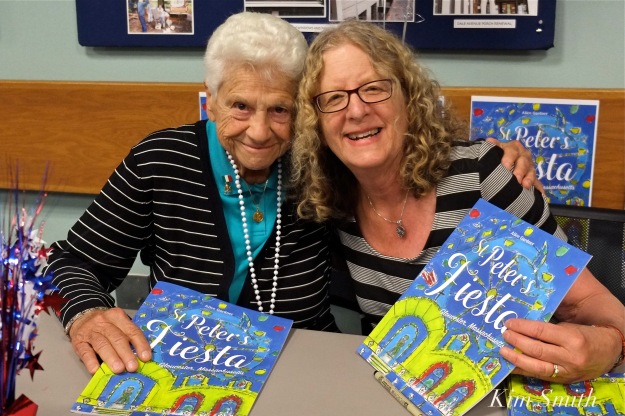 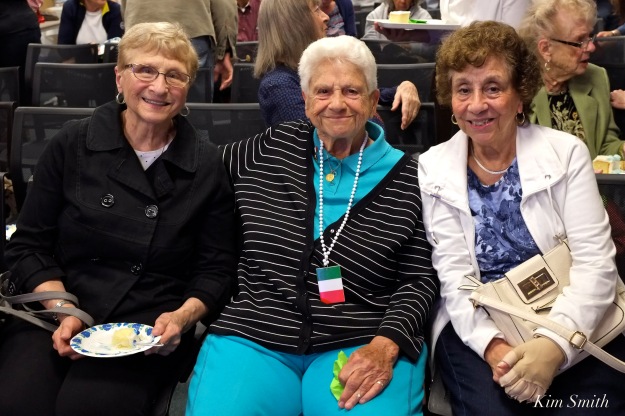 Over the winter, we got a sneak preview at a Good Morning Gloucester podcast of Alice’s wonderful and whimsical illustrations for her Saint Peter’s Fiesta children’s book. St. Peter’s Fiesta Gloucester, Massachusetts has been published just in time for Fiesta. Even without baby granddaughter Charlotte on the way, we would cherish a copy of this delightful book. I cannot wait to purchase ours.

St. Peter’s Fiesta Gloucester, Massachusetts is available at the The Book Store of Gloucester
located at 61 Main Street (978-281-1548). When at The Bookstore, be sure to check out Alice’s illustrations for St. Peter’s Fiesta Gloucester, Massachusetts. They are framed and on display. Each year Alice is the featured artist at The Bookstore during the month of June for her many paintings over the years of Fiesta.

Please join us for the debut of St. Peter’s Fiesta, a beautiful children’s book by artist and author Alice Gardner, commemorating our favorite time of year.

Sara Favazza has graciously offered to read the book to all those, young and old, who love St. Peter’s Fiesta! Sara is the daughter of Salvatore Favazza, the Gloucester sea captain who founded Fiesta in 1927 to thank Saint Peter for keeping the fishermen safe.

Preceding the reading, there will be special activities for children.

Following the reading, please stay for the book signing outside in the garden where refreshments will be served.

The man who for years was St. Peter’s guardian and played a central role in St. Peter’s Fiesta has passed away.

Dominic Nicastro Sr., 66, who went to work as a commercial fisherman right after graduating from Gloucester High School, died early Thursday morning at the Golden Living Center after a lengthy illness.

For decades, Nicastro played a central role in Fiesta’s salute to the patron saint of fishermen, first as one of the carriers of the St. Peter’s statue and then, from 2000 through 2015, as its primary guardian, said Joe Novello, head of St. Peter’s Fiesta Committee. Nicastro was the statue’s fifth guardian in the festival’s 89-year history, handing over the duties to Joe Orlando in 2015.

“He was a genuine man, just a very good guy,” said Novello of Nicastro on Thursday. “He was a very proud man, but he was very respected as a leader.”

Novello recalled that Nicastro eventually bought his own lobster boat, then later worked as a diesel mechanic with the Cape Ann Transportation Authority. But his heart, he said, was always with Fiesta.

“He so loved St. Peter,” said Sara Favazza, 86, whose father, Capt. Salvatore Favazza, commissioned the statue in 1927 and is among the founders of Fiesta.

Nicastroserved for years as president of the St. Peter’s Club, and played a role in organizing Fiesta’s sporting events. He regularly joined his wife Catherine in attending each night of the nine-day Novena to St. Peter, Novello recalled.

“He was do dedicated, I never saw such a dedicated man,” added Favazza, who is Catherine Nicastro’s cousin. “Even with all the (health issues) he had, he kept going. He took care of St. Peter. He was very very meticulous. After my father, I’d say he was the best guardian we ever had. My father would have been so proud of him to have seen him as guardian.”